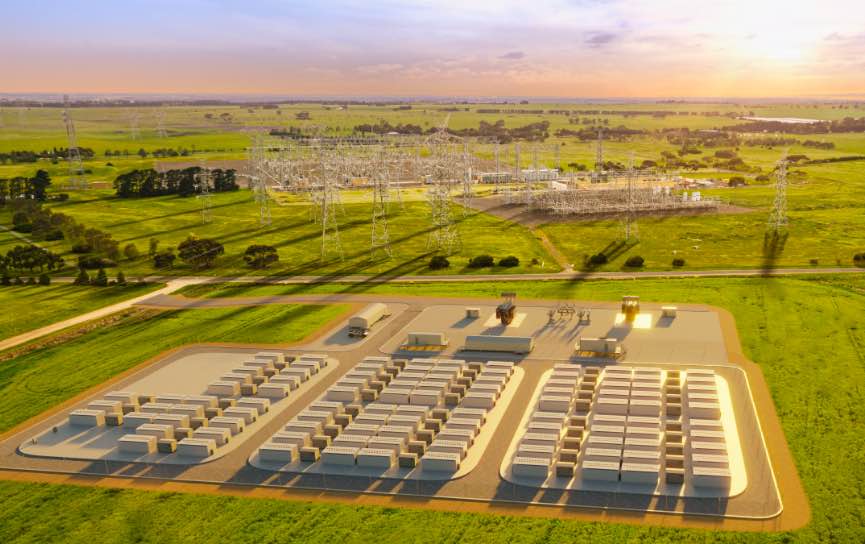 French renewable energy and battery storage developer Neoen has landed $160 million in finance from the Clean Energy Finance Corporation to built what will be – at least for a short while – the biggest lithium ion battery in Australia.

The 300MW/450MWh Victoria Big Battery is to be built near Geelong this year and will play a critical role in the local grid by acting as a sort of backstop that can allow for a significant increase in the transfer capacity of the main link between Victoria and NSW at peak time.

Neoen has already landed a $12.5 million a year contract to provide this service to the Australian Energy Market Operator under its System Integrity Protection Scheme (SIPS), and has now secured  $160 million in debt financing from the CEFC under the guidelines of the Technology Investment Roadmap.

“This project is a world-class example of how utility scale batteries can help electricity networks support a higher penetration of renewable energy.“

The Victoria Big Battery will use Tesla battery technology, like Neoen has done at its Hornsdale Power Reserve in South Australia and at the smaller Bungala battery in Victoria, and will use the new Tesla Megapack product in this project.

The CEFC says that under the SIPS contract, the Victoria big battery unlock up to an additional 250MW of peak capacity on the existing Victoria to New South Wales Interconnector.

The extra power flowing between the States during the peak summer season will deliver support to the grid at critical times, and could deliver benefits of more than $220 million to Victorian consumers in the next 11 years, including savings on power bills.

This includes savings of up to $1 million a year for the Portland aluminium smelter in Victoria and around $280,000 a year for the average industrial user.

Neoen will provide the equity component of the Victoria Big Battery and will be the sole owner of the project.

Neoen Australia managing director Louis de Sambucy said the project should be delivered before the next Australian summer. “We are looking forward to playing our part in helping Victoria reach its ambitious target of 50% renewable energy by 2030.”

It is the second time that the CEFC and Neoen have worked together on battery storage, with the CEFC contributing $50 million in finance towards the expansion of the Hornsdale Power Reserve last year from 100MW/150MW to 150MW/194MWh and its foray into new markets such as synchronous inertia.

Giles Parkinson is founder and editor of Renew Economy[1], and is also the founder of One Step Off The Grid[2] and founder/editor of The Driven[3]. Giles has been a journalist for 35 years and is a former business and deputy editor of the Australian Financial Review.