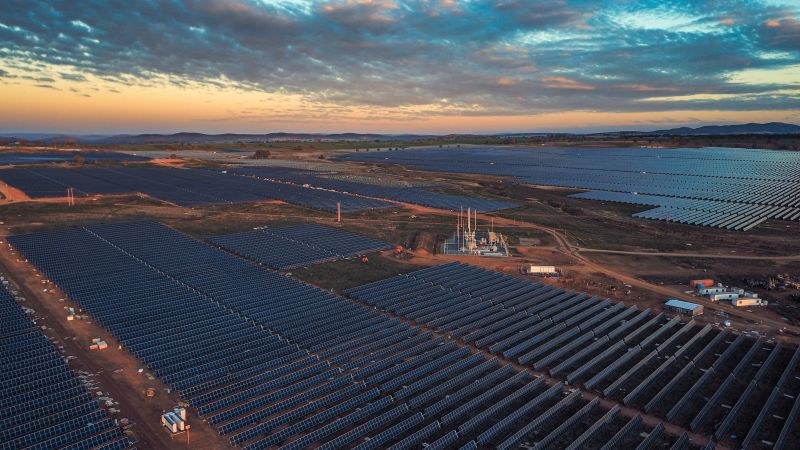 Solar module maker and project developer Canadian Solar announced it has completed the sale of the 150 MW Suntop and the 110 MW Gunnedah solar farms in regional New South Wales (NSW) to CalEnergy Resources, a subsidiary of United Kingdom-based electrical distribution company Northern Powergrid Holdings which is in turn owned by Berkshire Hathaway.

The Suntop Solar Farm, near Wellington in central northern NSW, and the Gunnedah Solar Farm, west of Tamworth in the state’s north-west, were acquired by Canadian Solar in 2018 as part of a deal with Netherlands-based renewables developer Photon Energy.

Canadian Solar said both solar farms, which have a combined capacity of 345 MW(dc), have reached substantial completion and are expected to generate more than 700,000 MWh a year, avoiding more than 450,000 tonnes of CO2-equivalent emissions annually.

The Gunnedah Solar Farm was among Australia’s top performing utility scale solar assets in June with data from Rystad Energy[2] indicating it was the best performing solar farm in NSW.

Canadian Solar said both the Gunnedah and Suntop projects are underwritten by long-term offtake agreements[3] with Amazon, one of the largest multinational technology companies in the world. The United States-headquartered multinational signed a power purchase agreement (PPA) in 2020 to buy a combined 165 MW of output from the two facilities.

In addition to the sale of the projects, Canadian Solar said it has entered into a multi-year development services agreement with CalEnergy, owned by US investment titan Warren Buffet, that provides a framework for the companies to work together to build out Canadian Solar’s growing renewable energy pipeline in Australia.

“We are delighted to work with CalEnergy in Australia to grow their renewable energy portfolio,” Canadian Solar chairman and chief executive officer Shawn Qu said in a statement. “The sale of these projects in NSW paves the way for a strong collaboration between our respective companies.

“In Australia, we have now brought seven development projects to NTP (notice-to-proceed) and beyond and continue to develop and grow our multi-GW solar and storage pipeline. I look forward to continuing to contribute to Australia’s decarbonization and renewable energy growth ambitions.”

Canadian Solar has a pipeline of projects totalling approximately 1.2 GWp and Qu said he intends to grow the company’s solar projects and solar module supply businesses in Australia, while expanding into other C&I sectors in the region.

“We see a bright future ahead as Australia continues to expand its renewable energy market,” he said.