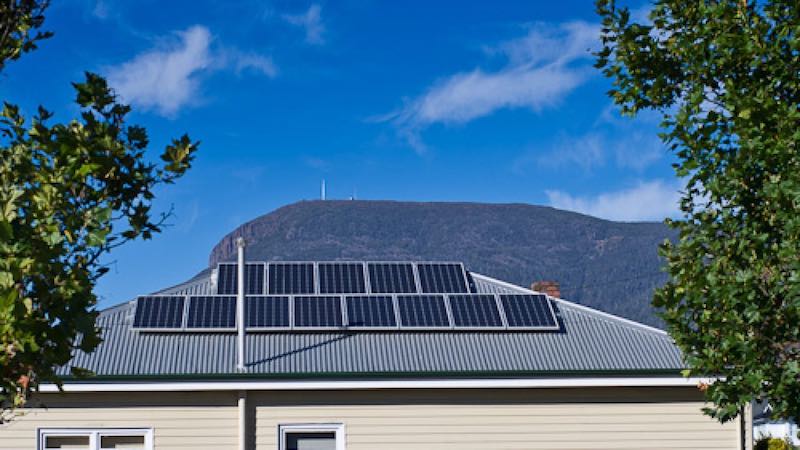 Tasmania’s opposition Labor party has pledged to budget $20 million for zero and low-interest loans of up to $15,000 for the state’s households and businesses to buy and install batteries and rooftop solar.

The policy promise, delivered this week ahead of Tasmania’s May election, was offered by state Labor leader Rebecca White as a “fix” to the governing Liberal party’s “failures” on rooftop solar feed-in tariffs, which are set to be reduced again this year off an historically low base.

It also follows the Australian Energy Market Commission proposal, two weeks ago, of controversial new rules[1] that would charge all Australian solar households an additional “solar tax” for exporting solar power to the grid.

The proposed rules, while only at the draft stage and potentially years off coming into play, would have the effect of further lowering already diminishing solar feed-in tariffs – a blow that would would hit harder in states like Tasmania, where FiTs have been consistently low[2].

“Solar owners have been badly let down by the Liberals and have seen the value of their investment crumble after the feed-In tariffs were cut,” White said in a statement on Wednesday.

“The controversial new ‘solar tax’ proposed by the Australian Energy Market Commission will further hit the value of feed-in tariffs with people set to be charged for exporting solar power to the grid.

“Due to changes in the national electricity market it is now impossible to simply reinstate the previous tariff rates and the only solution is battery storage,” she added.

“Battery storage is the equivalent of receiving a feed-in tariff equal to the retail rate charged by Aurora.

White said Labor would make interest-free loans available to households and businesses up to the value of $15,000 for the installation of battery storage or solar installation. The 10-year loans would be interest free for the first three years and then low interest for the remaining seven.

“Tasmanians need to feel secure in their solar investment and under the Liberals this has not been the case,” the Labor leader said.

“This funding will help ensure Tasmanians see return on their solar investment which is both beneficial to them and the environment.

“While Labor works to push down power prices, Peter Gutwein and the Liberals will carve up and privatise the Hydro.

“Only Labor is working for Tasmanians to create a better and fairer state.”

Labor’s claims that the Liberal Guetwein government will privatise state-owned utility Hydro Tasmania have come from the discovery of a legal loophole that allows for sale of assets without Parliament approval where the assets are not classified as a “main undertaking”.

But the Premier, Peter Gutwein, has dismissed the claims as a “desperate scare campaign”.

“Tasmanians need leadership, not fearmongering,” Gutwein was quoted as saying in the Burnie Advocate late last week. “…There would be more chance of me going to the moon than selling the Hydro.”