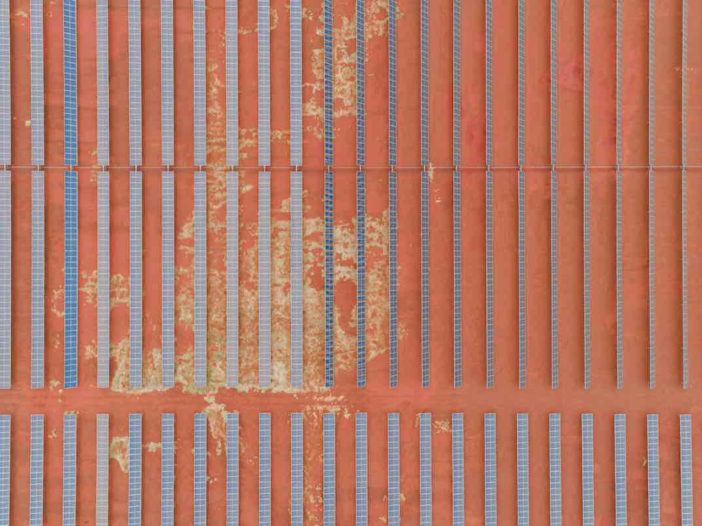 Oil and gas giant Woodside has kicked off the new year by firming up plans to develop a massive solar and battery project in Western Australia’s Pilbara region, to supply renewable electricity to local industrial customers, including its own Pluto LNG facility.

In a submission[1] to the W.A. Environmental Protection Authority on Monday, the company proposed the Woodside Solar Facility to be built in 100MW phases to a total capacity of up to 500MW, ultimately comprising around 1,000,000 solar panels and including battery energy storage infrastructure.

Woodside confirmed in its proposal that the solar farm and battery would deliver solar power to customers on the Burrup Peninsula, including at the Maitland Industrial Park, and likely including the company’s own onshore Pluto gas processing plant.

Currently, Woodside’s Pluto LNG plant processes gas from its Pluto and Xena gas fields off the coast of Western Australia. But Woodside plans to extend the plant to process gas from the proposed Scarborough gas field, via a new 430km pipeline.

As RenewEconomy reported here[2], the expansion of Pluto LNG will double the facility’s existing direct and scope 2 emissions – a fact that largely escaped scrutiny in June of last year when Woodside released its net-zero by 2050 plan.

According to the solar plant proposal, each 100MW of installed PV would reduce customer electricity emissions by approximately 100 ktCO2e/annum. Woodside’s Pluto facility’s current emissions stand at around 1.8 MtCO2-e – before the Scarborough expansion.


Ultimately, this amounts to a drop in the ocean of the emissions that Woodside needs to eliminate, particularly in light of the planned $41 billion merger[3] of its business with the oil and gas business of resources giant BHP, that will establish Woodside as the largest ASX-listed energy company and a top ten fossil fuel company globally.

According to O’Neill, the money would go to a mix of renewable hydrogen facilities and fossil hydrogen production at its existing gas facilities, which would include its forthcoming Scarborough development, with a commitment to capture and store associated emissions.

As Michael Mazengarb noted at the time[5], this approach looks to be driven by economics rather than a proactive embrace of decarbonisation, with the company making investments in new technologies where it expects to generate stronger financial returns.

On that front, building solar and storage in the Pilbara is a no-brainer.

“Woodside’s vision is for large-scale supply of renewable energy to existing and future industry on the Burrup Peninsula,” O’Neill said in a statement in May[6] when the company’s plans to build a solar farm in WA were first detailed.

“We are lucky to have access to abundant natural resources, safe and reliable energy operations and both industry and government that are motivated to drive sustainable energy outcomes.”