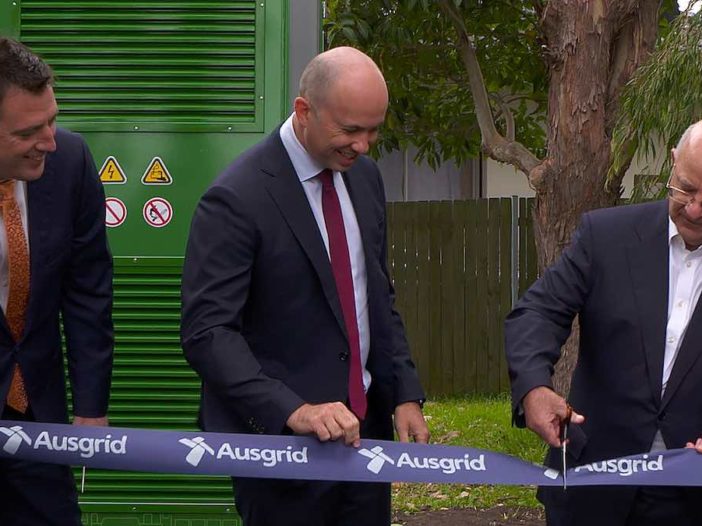 On Wednesday RenewEconomy published an article[1] from the ANU team which has been doing some great work recently on community or neighbourhood batteries.

The article outlined some of the considerations that need to be taken into account to ensure that “neighbourhood batteries actually improve our energy system.”

One of those considerations is how distribution networks price the energy going in to charge these grid-side batteries, and the energy going back out from them to solar and (hopefully) non-solar households and small businesses.

This issue is especially important in the context of front-of-meter or grid-side batteries because charging full network tariffs for energy going into the battery and then back to users will likely make them uneconomic relative to “behind the meter” home batteries.

Earlier this year the Victorian Energy Policy Centre published an excellent paper on local use of system (LUoS) tariffs for community scale batteries.

It concluded that “a rationale exists for such discounted charges” to apply to community battery inflows (not outflows) – with some caveats.


The idea of LUoS tariffs has been around for a while, but it could get a kickstart in light of the new federal government’s $200 million Power to the People[2] community batteries program.

The principle is intuitively appealing. You pay just for the extent of the network that you use.

If my daytime energy consumption is provided by excess solar fed back into the grid from other houses in my street, why should I pay for the cost of the grid to send energy from hundreds of kilometres away?

As more energy is supplied from rooftop solar and other DER, that should lead to lower network tariffs – and over time, lower retail bills.

It’s a concept that has already made its way into the rules – sort of.

Now there is another paper on a similar theme, but it comes to some slightly different conclusions to the VEPC paper.

Essentially, their report argues that network tariffs should be based not on how far energy travels through the distribution network, but on the extent to which energy flows increase or decrease future network costs.

In the case of neighbourhood batteries, the network tariff should be based on how the import/export behaviour of the battery affects network costs.

In this model, if local energy flows to or from the battery serve to reduce or defer the need for the network to invest in additional infrastructure (for increased capacity in its wires or substations), the battery should see a price signal that incentivises that behaviour at those times.This would most likely take the form of a bill credit.

Conversely, if local energy flows to or from the battery are likely to contribute to the network’s need to invest in additional infrastructure, that cost should be reflected in a higher charge to the battery at those times.

And finally, if the local flows to or from the battery occur at a time in which those flows have no impact in the network’s need to invest in additional infrastructure, the battery operator should only be charged an amount that reflects the operating costs the network experiences to accommodate those local energy flows at those times – i.e. close to zero.

So if a neighbourhood battery is charged from excess local (downstream) rooftop solar during sunny days in spring or autumn or discharges to help meet the downstream evening peak, the flows to and/or from the battery during those periods should be either almost free or rewarded – as long as those flows helps to reduce the need to augment the upstream network to relieve a constraint.

On the other hand, if the neighbourhood battery is charged from the grid during the evening peak and/or during the daytime solar trough when demand is low, it will probably add to future costs to relieve congestion, and should therefore incur a charge that reflects those costs.

There are complications, of course, especially around the recovery of sunk/residual costs. But the beauty of this approach is that it doesn’t require the operation of community batteries to be subsidised by other users.

The principles used in developing a tariff for grid-side batteries could also be applied to other DER applications including rooftop PV, demand response, the operation of VPPs or small solar farms connected to the low voltage distribution system.

The table below is an example from Oakley Greenwood of how cost reflective network tariffs might apply to community scale batteries:

As the report explains, the key features of this arrangement include:

– A low charge (or credit) for charging (or discharging) outside of peak demand periods and periods when export might otherwise be constrained;

– A high charge (or credit) for charging when the upstream parts of the network are likely to have otherwise been congested, for example, on hot summer days in the late afternoon/early evening; and

– A credit for charging during times when export may have otherwise been constrained.

It’s not just a theory. Ausgrid is currently trialling a “critical peak price” community battery tariff which features no cost for charging or discharging the battery for most of the year.

Up to 10 times a year, the battery operator is paid a significant amount to charge during periods of very high rooftop solar exports (because that helps avoid future costs).

They are subject to a similarly high charge if they want to discharge energy into the grid during the same local peak export periods (because that discharge may cause future costs).

Conversely, the battery operator is charged a motza if it wants to charge the battery during the highest evening peaks, but they are paid if they are able to discharge into the grid during the same peak periods. (The amount of these two charges may differ considerably because they require different augmentation solutions.)

We will have to wait and see how it goes, of course, but it is encouraging to see networks trying some new tariff designs in response to the rapid uptake of DER in Australia.

Network tariffs are not passed through directly to residential and small commercial end users, though. They form part of the retail tariffs we see on our bills.

Also, because electricity for consumption is an essential service, there is a strong social license for “postage stamp” pricing for consumption from the grid, which can involve substantial cross-subsidies – for instance, from urban to rural users.

But because the export of energy back into the grid is not regarded as an essential service, there is a strong incentive for it to be priced according to the real localised costs and benefits.

With the new government committed to funding 400 neighbourhood batteries across Australia over the next three years, the introduction of cost reflective network tariffs should help to ensure that these batteries are likely to be located where they will have the greatest economic as well as social and environmental benefits.

AGL abandons demerger plan in the face of investor opposition