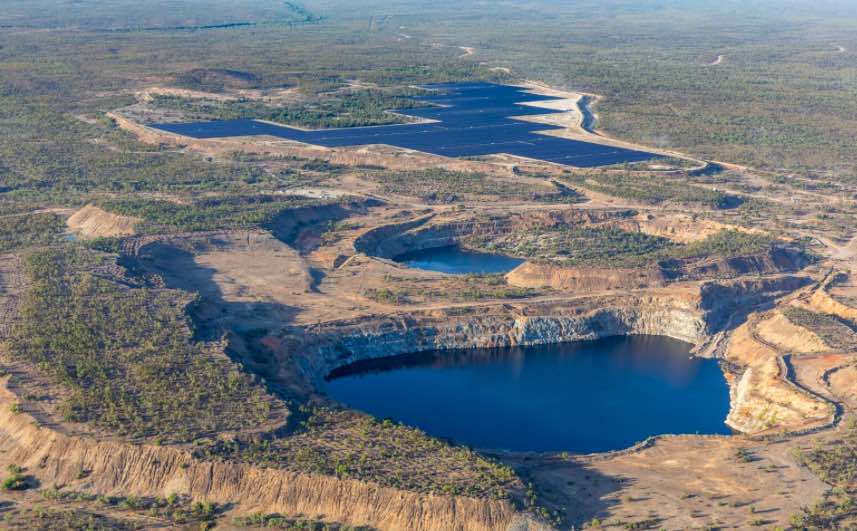 Scott Farquhar, the billionaire co-founder with Mike Cannon-Brookes of software company Atlassian, is making his own big move into the green energy transition, reportedly leading a takeover bid for solar and storage developer Genex Power.

The offer – reported by both the AFR and The Australian[1] – is expected to be formally announced on Monday morning and will value the company at more than $300 million, and comes after a consortium led by Farquhar snapped up a near 20 per cent stake in its target late last week.

Genex is one of the few remaining listed renewable energy companies in Australia, but its share price has halved over the past year despite its leading position in the market.

It already operates the 50MW Kidston solar farm in Queensland, and the 50MW Jemalong solar farm in NSW, and is building the 100MW/200MWh Bouldercombe battery[2] and the 250MW, 2000MWh Kidston pumped hydro project[3], the first to be built in Australia for nearly four decades.

According to the AFR’s Street Talk column,[4] which investment bankers often use as a platform to promote their projects, the bid is being led by Skip Capital, a private investment fund founded by Farquhar and his wife Kim Jackson, a former executive of infrastructure investor Hastings Funds Management.

The bid also includes an unnamed private equity fund, and according to both newspapers an offer was made to the Kidston board over the weekend after a parcel of shares was bought after the market close at 23c a share, around 70 per cent more than the previous close.


It is expected that the bid proposal will be formally disclosed by the Genex board first thing on Monday morning, along with its response.

A successful bid for Genex would represent the departure from the stock exchange of the last big renewable developer in Australia, following the successful bids for Tilt Renewables, Infigen Energy, and Windlab, and the sale by New Energy Solar of its two Australian solar assets.

It means fewer opportunities for smaller investors to put money in clean energy technologies, and also removes the rare windows into the operations of wind and solar farms provided by listed companies, who are required to disclose operating and financial information of their assets.

But the entry of Farquhar into the clean energy market means that Australia’s three richest men – Farquhar, Cannon-Brookes and Andrew Forrest, according to the AFR’s rich list – are now committed to the green energy transition and throwing their money behind it.

Skip Capita[5]l describes itself as an investor in “future-aware infrastructure projects” in areas like wind, solar, waste processing, recycling, food and data infrastructure. It does not list its investments to date, but it does say it is looking for a chief financial office.

Giles Parkinson is founder and editor of Renew Economy[6], and is also the founder of One Step Off The Grid[7] and founder/editor of the EV-focused The Driven[8]. Giles has been a journalist for 40 years and is a former business and deputy editor of the Australian Financial Review.

FRV steps up Australia solar and battery plans, with new…