Testing The Jackery Explorer 1000 Solar Power Station To The Limits, & Beyond!

A few days ago, I opened up the Jackery Explorer 1000 Solar Power Station[1] and did some initial testing and setup. You can get a lot more detail there, but in short it’s two 100w solar panels, a 1 kWh battery, and an inverter that can put out up to 1000 watts. It worked pretty well, but I wasn’t able to give it much of a test that day.

I had the opportunity to actually test the thing in decent light for 2-3 hours today. Unfortunately, I was still only able to get 120-130 watts out of the panels, with one panel putting out 75 watts and the other putting out 25-35 watts. I don’t think this was Jackery’s fault, though. In my initial testing, the panel got blown over into the dirt.

Where I live, it’s very dry and the dirt is very chalky and powdery, like the surface of the moon. It’s also a nice, bright color that reflects solar energy away. The Jackery panel has a textured surface over the solar cells, and this talcum power-like dirt gets down deep in the textured surface. I attempted to clean it with a rag, but the dirt just turned to a sticky mud and wouldn’t come out of the texture on that panel. I’m going to need to take it inside soon and clean it with a brush to get it out and get a true test of what kind of power that panel can produce.

To keep this from happening again, I took a couple of scrap 2×4 pieces from another home project and put them through the elastic that holds the panels’ legs. This added enough weight to prevent the fairly high winds we got today from blowing the panels over again. If I go on a camping trip, I’ll be sure to bring something along to weigh them down a bit.

With 1.5 panels working, I managed to add about 21% power to the station in 2 hours. That means that even gimping by on a very dirty panel that the battery would charge in 10 hours. Not bad considering the obstacle it’s working against in this case.

With almost 60% charge, I then took the panel inside to see what kind of loads it could take.

The kids like to have toast, and to be honest, I have no idea exactly how much power the Black and Decker toaster oven pulls. So naturally, I plugged the thing into the Jackery Power Station to see if it would power it or throw an error or explode or something. It turns out that the toaster oven takes 930-950 watts, and the power station handles that just fine.

After seeing who wanted toast and cleaning up the toaster a bit for a picture, I loaded in some bread and plugged the oven into the power station. The fans in the power station went on full blast, and the heating elements started coming on just like normal. The display read anywhere from about 930 watts to 950 watts, fluctuating a bit as the toast cooked.

While this was the most environmentally-friendly toast my daughter has ever eaten, it did eat about 8% of the power stations’ battery. That’s not too bad at all, considering.

I know that my space heaters pull around 1400 watts, per the paper on the cord. So, being a fan of Buzz Lightyear, I decided to see what happens when you go beyond the power station’s rated limits.

When I turned the space heater on, it was initially pulling 600 watts, but it slowly climbed. First 700, then 800, then 900 watts. After 10-15 seconds, it went over 1000 watts. Surprisingly, the station kept powering the space heater at its peak of 1250-1260 watts. I was under the impression that the device would throw an error and shut down the moment it hit 1000, but the heater kept putting out hot air.

After about half a minute, the heater shut down and the fans on the power station stayed on, with a power reading of 5 watts. I tried this again 2-3 times and the behavior was exactly the same each time.

I consulted the manual again, and this is normal. The power station is rated for 1000 watts continuous, but 2000 watts in short bursts. Apparently it can exceed 1000 for a few seconds at a time, but will shut down to avoid damaging itself.

I imagine that the station will shut down completely if it passes 2000 watts for even a brief moment, but I don’t want to test that. Very few appliances take that much power, anyway.

There are a lot of power tools that take about 1200 watts, like circular saws. This means the power station would likely power such a tool for short durations, like cutting a 2×4, but won’t keep the power going for long cuts. I’ll have to test this in the coming days to see how useful this would be for basic construction work.

I tested charging my Dell laptop. It worked fine, and charged the laptop, but the behavior was a little strange on the powerstation’s display. It’s supposed to be a 45 watt charger, but it ended up going all over the place. It would shift from 5 watts to 160 watts, to 75 watts, back to 5, and just jump all over the place. After a few minutes, it stabilized down to 46-50 watts, with only small jumps within 10-15 watts.

I’m assuming that the USB-C charging protocol was negotiating with the computer for the best charging rate, and eventually settled in for the rated 45 watts, plus a few watts for overhead and power losses going from AC and back to DC for the computer. At this rate, it could charge the laptop 20 times on a full battery. Pretty cool.

As the battery got past 90%, tapering occurred. It was neat to watch it drop down to lower wattages as it approached full. First it dropped into the 30s, then the 20s, and then at 98% it dropped into the teens. Once it got full, the laptop only pulls around 10 watts, which means that once it’s charged up, the power station would power it for 50-100 hours performing basic tasks. Given that it could charge up every day again, it could power a small computer indefinitely unless you had several days of clouds.

I then plugged my desktop computer into the power station and rendered a video. I have a 12-core processor, a pretty hefty video card, and lots of other goodies to make it fast. On full load rendering a 4K video, it came out to about 300 watts. You wouldn’t be able to do a lot of work on a battery, but in a power outage, you could finish up a small project real quick for a client if you have a computer that uses a lot of juice.

I have a cheap work light with an LED screw-in light bulb. I use it out in the shed for yard work and small carpentry jobs, among other things. With the Jackery power station, it would be pretty easy to use the work light on a camping trip.

It only pulled 14 watts, so you could use a regular house lamp on trips for a good number of hours every night before you’d struggle to charge it back up the next day. I wouldn’t try this with regular incandescent bulbs, but those suck for work lights anyway. One drop and they’re dead. The housing for my work light is full of dents from drops, and the LED bulb is just chugging away year after year.

Even if you ran a few clip-on lights or lanterns on a camping trip, you’d have no problem lighting up the picnic table, tent, and campsite for hours every evening. Whether you’re playing cards or cleaning fish for dinner, the power station has your back.

As with other things, I’m going to have to test this on a camping trip after things get warm again.

The power station doesn’t run into much it can’t do. It can’t do big things like heavy power tools or space heaters, but it can do a lot of the small things we take for granted at home every day. Light cooking, a computer, and lights are all well within what the power station can easily do on a charge.

I’ll be doing some more fun testing in a few weeks when spring happens!

Appreciate CleanTechnica’s originality? Consider becoming a CleanTechnica member, supporter, or ambassador[2] — or a patron on Patreon[3].

Sign up for our free daily newsletter[4] to never miss a story. Have a tip for CleanTechnica, want to advertise, or want to suggest a guest for our CleanTech Talk podcast? Contact us here[5]. 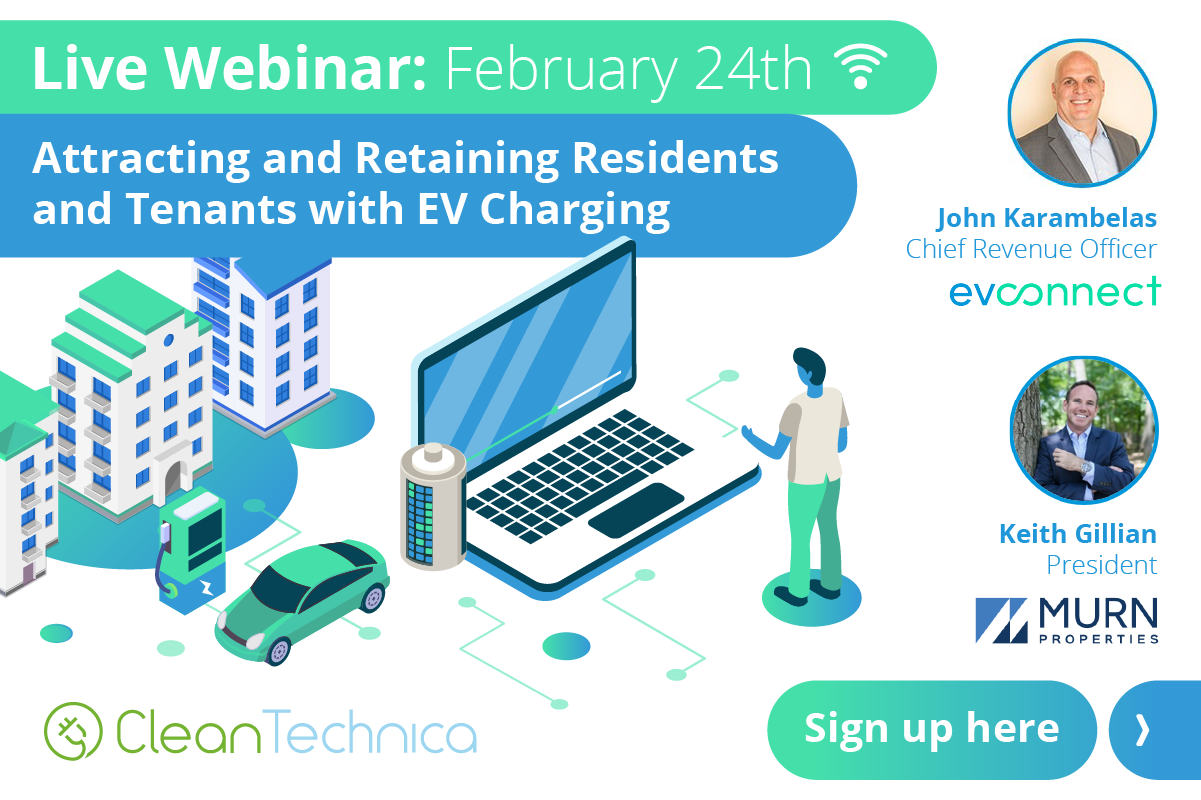 Can Indonesia Realize Its Future as a Solar Superpower in Asia?

NSW calls for 8,000MW of wind, solar and storage proposals for New England

New UCS Research: Utilities’ Uneconomic Coal Use Is Being Called Out in 25 States