Can Indonesia Realize Its Future as a Solar Superpower in Asia?

Indonesia is often called the “Sleeping Giant” of Asia. Countless words are written every year forecasting the future of China and India as economic giants. This is justifiably so given the immense economic growth each nation is achieving. Yet it is ultimately Indonesia’s expected ascent as a nation in the years ahead that could represent the most startling ascent.

By 2050 it is predicted Indonesia will join the U.S, China, and India as the four biggest economies[1] in the world. For decades it has been anticipated China and India would one day occupy this group. But although Indonesia has too often been overlooked in the conversation about the future of the global economy, when it comes to the future of solar globally such a thing could never be done. 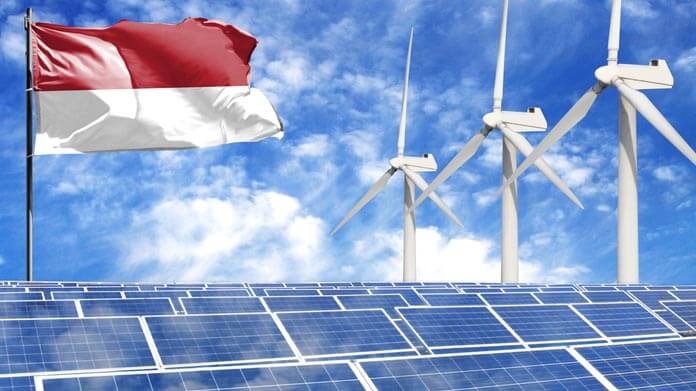 Getting a Lay of the Land

One of the enduring challenges for growing Indonesia’s solar presence is the scale and diversity of the country’s geography. As the 14th biggest nation by landmass in the world with an array of terrain from enticing beaches to rugged and confronting jungle, the prospect of devising a national solar strategy that stretches from coast to coast is a far more confronting assignment in Indonesia that Singapore, Monaco, or any other nation of a far smaller size or one with a more uniform topography. At the same time, it’s here solar can offer some unique advantages as a power source in remote areas that previously had not had a reliable (or any) source of electricity.

The recent project between the Korea International Cooperation Agency (KOICA) and the United Nations Development Program (UNDP) is a key example of this. In recent months KOICA and the UNDP combined to deliver solar power to remote areas of Indonesia and Timor-Leste as part of an $18 million project. As well as solar, the initiative will also provide clean water to the communities. It’s presently held over 10 million Indonesians and tens of thousands of Timor-Leste families are without access to reliable electricity[2].

A Big Country Must Think Big on Solar

Although small projects can make a substantial difference to the communities that need them, Indonesia must think big when it comes to a future for solar in the nation. After all, it’s estimated by David Firnando Silalahi that the country has the capacity to produce 640,000 Terawatt-hours (TWh) a year, which Mr. Silalahi—PhD Candidate in the Research School of Electrical, Energy and Materials Engineering at the Australian National University—holds[3] would be 2,300 times more than Indonesia’s production in 2019. But ultimately, Indonesia’s potential as a solar power nation right now isn’t being met, in fact far from it. A 2017 estimate by IRENA held just 1.7% of Indonesia’s energy comes from renewable sources.

A key part of Indonesia’s struggle in this space is not the environment—for Indonesia has a tropical climate with a heavy dose of year-round sunshine—but economics. As critics contend, the Indonesian government has in years prior taken a patchwork approach to its solar energy policies. [4] And even where such policies do exist, there’s been a disconnect between what’s envisioned, and what the market can actually respond to and drive growth with. This is especially unfortunate given Indonesia’s neighbors—such as Australia[5]—have more enthusiastically embraced solar, and how it can grow into a national asset with the right policy settings.

So although Indonesia’s solar presence is indeed growing, the Indonesian government’s essential task ahead is to see it grow faster—and that starts with formulating consistent and market-friendly national policies. Especially as this slow pace of solar growth has substantial consequences for the future of Indonesia, and indeed the world.

As a nation with the fourth largest population and a trillion-dollar economy, the future of solar in Indonesia will be important not only to Indonesians but all people across the world. To advocates, the greater uptake of solar panels offers immense benefits beyond their use as a power source alone. As our lives become more reliant on technology—whether it be for work, recreation, or both—there will be a significant uptick in demand for energy sources. Especially as nations such as Indonesia, Brazil, and Nigeria—already with large populations and the expectation the future will result in internet access that is faster and more widely available—see substantial national growth occur. Battling climate change of course requires drawing down the use of fossil fuels, and in turn, the capacity of a nation to become energy independent—reliant only on its own citizens and resources for its energy needs as opposed to fuel sourced from foreign markets—is anticipated to become more and more important with greater turbulence expected within the Asian region, and the wider international community in years ahead.

As with any nation predicted to grow its power in years ahead, there’s a number of variables that factor into Indonesia’s future. There’s no question there is the potential for the nation to grow in leaps and bounds. What’s more, even if it does not grow with the same speed that would see it be the world’s fourth-largest economy by 2050, there remains an avenue for it to make a substantial contribution to growing the solar industry domestically and globally, and the global economy as a whole. But doing so will require the country to overcome a number of hurdles, particularly surrounding the poverty level and food security.

This is ultimately where solar could serve as such a powerful vessel of hope. Solar installations that drive down electricity prices will help offset cost of living expenses. The growing utilization of solar panels for agricultural needs also offers an avenue to enhance the nation’s existing industry in the time ahead. It would be a disservice to say overcoming these immense and complex challenges could be so simple—but there can also be no doubt the greater utilization of solar panels could be immensely helpful.

Testing The Jackery Explorer 1000 Solar Power Station To The Limits, & Beyond!

Forces align against solar in the sunshine state