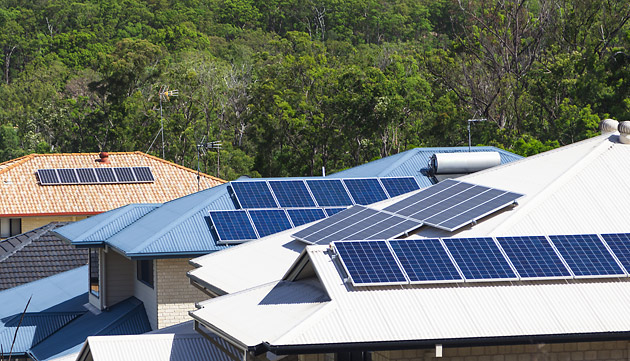 A blockchain-enabled electricity market that would reward households for trading with local and trusted “energy neighbours” has been proposed by a team of researchers from Victoria and Queensland.

In a paper[1] published in the May edition of the International Journal of Electrical Power & Energy Systems, researchers from the Monash Energy Institute and the Queensland University of Technology put the case for for peer-to-peer (P2P) energy trading in a decentralised grid.

P2P trading, as the team explains, is an approach to energy management in smart grids that allows small-scale producers and consumers to directly negotiate and trade energy without the reliance on a “trusted third party,” allowing all participants to save money while paving the way for a smarter and more modern grid.

One of the key proponents of this approach in Australia has been Western Australia-based start-up Power Ledger, whose blockchain-based software platform allows customers to sell rooftop solar power with other parties for a better price than power from the grid.

The company has run a number of important trials of the technology in Australia, but has arguably had far greater success offshore, including as part of the first live solar energy trading project in Delhi, India, which began operation last week.[2][3]

Like Power Ledger, the team from QUT and the Monash Energy Institute argue that blockchain technology offers an opportunity for an improved market framework that is decentralised, trustworthy and anonymous – and better geared to consumers.

“What we’re proposing is a secure and privacy-preserving environment for decentralised energy trading between producers and consumers,” said Dr Mohsen Khorasany, a Research Fellow from Monash University’s Department of Electrical and Computer Systems Engineering.

“We utilise a grid service charge, defined based on the electrical distance, to encourage participants to trade energy locally, thereby receiving the best price for their energy and reducing the overall power loss or possibility of overloading electricity grid lines.”

In this case, the electrical distance of participants would be a key factor in calculating the grid service charges and make it appealing to those who trade with their neighbouring agents by receiving a competitive price.

“This approach also takes into account a reputation factor for each participant, based on past performances in delivering the committed energy quota,” says Dr Reza Razzaghi, also from Monash’s Department of Electrical and Computer Systems Engineering.

As the paper explains it, before starting the negotiation, agents select their trading partners based on their preferences over the reputation and proximity of the trading partners.

An Anonymous Proof of Location (A-PoL) algorithm is proposed that allows agents to prove their location without revealing their real identity, thus preserving the participants’ privacy.

But perhaps the truly revolutionary part is this: that by moving to a fully decentralised market framework, participants would no longer need to rely on a centralised entity for their energy trades.

“A framework such as this has the ability to harness the power of emerging technologies and future-proof the way consumers and producers trade energy,” the team says.

Before this utopia can be reached, however, P2P technology such as is recommended by the researchers will need to gain the trust of a broad base of consumers. As this article in The Conversation[4] points out, the slow uptake of blockchain technology is largely put down to the fact that blockchain users don’t trust each other[5], or the technology quite yet, according to research.

“Blockchain, as it turns out, doesn’t herald the end of the need for trust,” writes Kevin Werbach, Associate Professor of Legal Studies and Business Ethics at the Wharton School, University of Pennsylvania. “Most people will want laws and regulations to help make blockchain-based systems trustworthy.”