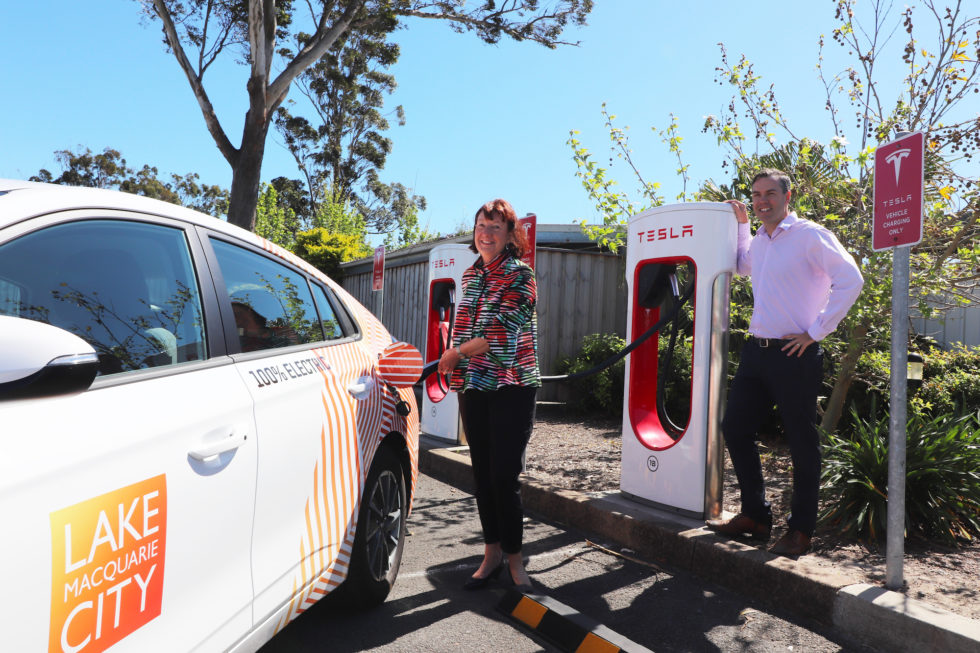 A new raft of councils across New South Wales’ coal country have committed to climate action and renewable energies are joining the Cities Power Partnership. Lake Macquarie City Council, Port Stephens Council and Cessnock City Council have followed the likes of The City of Newcastle in turning their backs on coal and gas.

In August 2019, Newcastle, NSW, home to the world’s largest coal exporting harbour, announced its plan to source 100% of the City of Newcastle’s energy from renewables. Today, almost all councils in the Hunter Valley region have committed to the Cities Power Partnership (CPP), including Lake Macquarie City Council, Port Stephens Council and Cessnock City Council. [2]

With this announcement seven out of the ten local governments in the Hunter region, NSW’s largest coal producing area, are shedding their coal and gas dependence and turning to renewable energy.

“Taking meaningful action on climate is very important to our community. We know we face a range of challenges in building a sustainable & resilient future, and that’s why we’ve joined,” Mayor Fraser. pic.twitter.com/xfocCT9ODX[6]

Lake Macquarie Mayor Cr Kay Fraser said meaningful action on climate change is important to the community. “We know we face a range of challenges in building a sustainable and resilient future, and that’s why we’ve joined the Cities Power Partnership.”

The decision encourages Lake Macquarie’s Environmental Sustainability Strategy and Action Plan toward to goal of becoming 100% renewable and for 80% of council residents to take up renewables in some measure. Council has already installed solar panels on 27 of its buildings.

Along with other initiatives, Lake Macquarie is also looking to address a critical shortage of publicly available electric vehicle (EV) charging stations, an uptake council has committed to by 2022. “All indicators point towards an increasingly electric future on our roads,” said Manager Environmental Systems Tim Browne, ” and we need to start preparing now to ensure we are ready for this change.”

CPP acting director Portia Odell welcomed the new councils into the partnership. “Right now, local governments have an opportunity to accelerate projects that will deliver local jobs quickly and tackle long term challenges like climate change,” said Odell. “It’s brilliant to see more regional councils sign up to the program to help deliver a safer climate and stronger economy for their communities.”

There is little doubt as to why communities across NSW coal country are turning to renewables, they work better for the country than coal. As of July 2020, the City of Newcastle’s 5 MW solar farm[8] generated double its projected revenue in the first six months of operation. The profits are a resounding endorsement and vindication of the Council’s audacious 100% renewable generation achievement.

Original projections for the 5 MW solar farm estimated the solar farm would generate approximately $250,000 a year. However, only six months into the farm’s operation and already it has generated more than $420,000 by selling its excess energy back into the grid.

As a net exporter, the City of Newcastle was proud that its solar farm helped to sure-up the vulnerable grid during the Black Summer Fires. [9]

“The business case showed the solar farm would save rate payers around $9 million, after costs, over its 25-year lifespan,” said Newcastle Lord Mayor Nuatali Nelmes, “and so far, it’s on track to do even better.”

No doubt the other Hunter region councils that have joined the City of Newcastle in the CPP will look to do the same.

SMUD’s Energy StorageShares program: The first virtual energy storage program in the US

Islands on the horizon of hope: Canopy Power’s solar microgrid helps another island toward a sustainable future