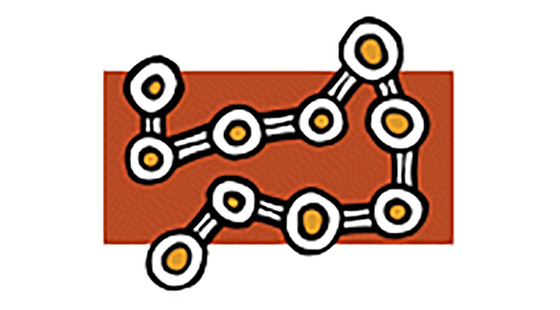 The South Australian Government has announced a $9 million investment towards the transition of Anangu Pitjantjatjara Yankunytjatjara Lands from diesel reliance to the self-reliance of solar and energy storage. The contract is good news for one of the most continuously culturally fecund regions in the country.

Communities in the Anangu Pitjantjatjara Yankunytjatjara (APY) Lands in South Australia’s north-west are poised to transition from diesel dependency to solar and energy storage systems through a $9 million investment from the South Australian Government.

The upgrade and transition will be installed at the Central Power House in Umuwa, which consumed approximately 2.8 million litres of diesel last financial year. “That’s more than an Olympic swimming pool of diesel fuel,” said SA Minister for Energy and Mining Dan van Holst Pellekaan.

According to Pellekaan, APY’s diesel fuel generator costs the State Government about $3.6 million and 7.6 million tonnes of CO2 emissions. Thus it is a no brainer to help the APY communities from their sole reliance on diesel generators, and transition to the self-reliance of solar and energy storage.

Next Generation Electrical (NGE) is set to install a 3 MW solar array and 1 MW of battery storage for about 4.4 GWh of electricity generation annually, approximately 40% of the total energy consumed. NGE has committed to engaging with local indigenous business to deliver 30% of the on-site labour hours in the delivery of this project. A good opportunity, says Pellekaan, to develop local skillsets in the energy sector.

“As well as a lower carbon footprint and a substantial reduction in costs associated with diesel use and freight,” continued Pellekaan, “this upgrade will introduce more advanced technologies to improve reliability at the remote site. This remotely monitoring technology means that we can detect faults in real time, so that we can reduce the length of unplanned outages and increase the reliability of supply.”

Despite their apparent remoteness to the centres of modern Australian life, the APY Lands have remained as culturally rich today as they had been for many thousands of years before being obnoxiously interrupted by the British.

Today, there is probably no more artistically fecund lands in Australia than those of the APY, and thus no place that could benefit more from solar energy, and utilise solar to benefit the country as a whole. In 2013, many of the APY’s individual artists and art centres joined together to form the APY Art Centre Collective.

Among the APY’s many award-winning residents is Vincent Namatjira[2] OAM. Has there ever been an artist whose very name is as heavy with art-history as Vincent Namatjira, and yet carries himself so lightly? “A sense of humour and a paintbrush is a powerful thing,” says Namatjira, whose great-grandfather, Albert, did for Australian landscape painting what the Franciscan Renaissance did for Christianity – he peopled it, giving its history a human face.

The communities of the APY Lands give far more to the country than they ever get in return, but the solar and battery upgrade to the Central Power House in Umuwa at least helps the communities utilise what they already have in abundance.

Distributed Energy Helped Fight California’s Grid Outages, But It Could Do Much More

Australia’s “father of PV” says your next rooftop solar…