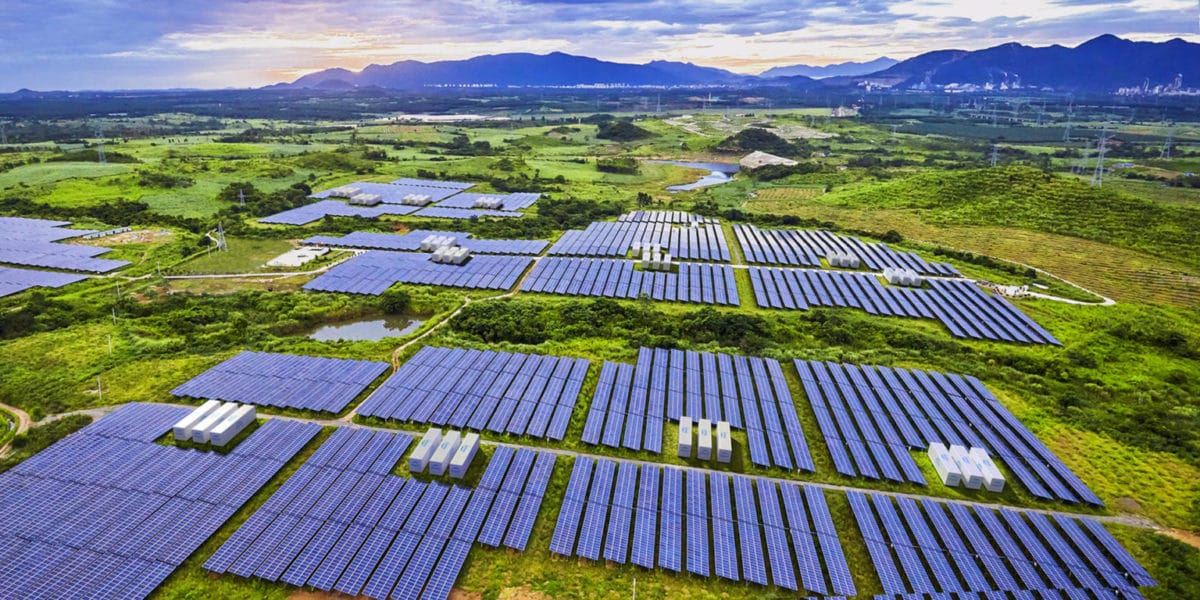 How does EnergyTag fit into the current electricity market system?

For over 20 years, there have been established systems of Energy Attribute Certificates (EACs). These are called Guarantees of Origin (GO) certificates in Europe or Renewable Energy Credits in the U.S. These systems exist everywhere where you have a liberalised energy market and are the only legal way for you to claim that your energy is coming from a renewable source.

If you have a power purchase agreement (PPA) with a solar farm, but you don’t have the GO’s from that farm, then you’re not allowed to say your electricity is coming from there. The reason for that is because you need to be sure that there’s no double counting or other types of fraud – EACs provide a robust tracking and accounting system to prevent this.

PPAs can be very good for helping developers get new plants built, if the PPA is long enough, because there’s a fixed price, and the counter-party is bankable. If the corporate doesn’t have a good credit rating and isn’t able to take risk, then it’s much less valuable to developers, so only a small number of corporates can really help developers.

I concluded that the certificate system is important, but there’s quite a lot of confusion in the market, because people think, ‘Well, if I have a PPA why do I need a GO certificate?’ So, what we need to do is to enhance the current certificate schemes, and everyone who’s involved in it, along with us to build this market. We don’t want to replace the current system; we want to build a complementary one that eventually gets adopted by the existing system. The current certificate scheme has been so successful in driving adoption of renewables and so many corporates now are signing up to these certificates. There were 700 million certificates in Europe traded last year. Now they are ready to evolve as more data is now available.

The way current certificates work is by matching annual electricity consumption with annual production. This means if you use 10 MW hours of energy as a corporate consumer, for example, and I buy 10 MW hours’ worth of certificates that were produced over the same 12-month window, I can declare myself to be 100% renewable – you’re just matching your total annual consumption with total annual production, without considering the time of day it was produced. In one sense, this means you can be claiming to use solar energy at night or in winter.

It wasn’t a problem before because there wasn’t a grid balancing problem. Now we’ve got times where there’s massive overproduction of renewables, and other times where there’s not, and that’s not reflected in the current certificate prices, which are the same regardless of time of day or time of year. We know the location of the plant, when it was built and what type of electricity it produces, but not the time the electricity was produced

It also allows corporates and individuals to send a price signal for storage, because if you’re a battery, you can buy these certificates when they’re cheap, when there’s lots of renewables on the grid, and you can sell them when they’re expensive, say at nighttime.

How are companies responding to the idea?

Demand is initially coming from corporates like Google and Microsoft, who have said ‘We want to buy clean energy on a 24/7 basis and by that we mean we want to demonstrate that every hour of the day our energy is coming from renewable sources.’ They are leading the way because they have a huge demand for data centres. The Biden administration also said they want to buy 24/7 renewables for the U.S. Federal Government. We have also got participation from the majority of large utilities in Europe, and over 100 other key organisations globally.

What about the technology behind EnergyTag?

EnergyTag is not developing a technology, rather it’s a nonprofit that is providing a market framework. There’s a whole range of software companies out there that already have the technology to track and manage these certificates. You need access to the smart meter data and the hourly generation data, which probably wasn’t there a few years ago. But it is there now.

Some people are using blockchain to do this and some are not but it’s not really about blockchain.  The other nice thing about certificates is you don’t need to be a big corporate with a big balance sheet to participate – anyone can buy them.

It could be said the biggest issue right now is ramping up renewables and that the time stamp could wait for another five to 10 years. How do you respond to this?

It’s not a binary thing where you’re either not green or you’re 100% green, because no-one can be 100% renewable on a 24/7 basis today – that’s not how the system works. Even Google say they’re not going to get to be 24/7 carbon free until 2030. What corporates will start to say is, ‘Today we’re at 60% renewables on a 24/7 basis and next year we want to get to 70% renewables, and we’ll pay a bit extra to buy renewables in those hours where there’s less of it available.’ That sends the right price signal. The market then helps not just in terms of building more renewables but also storage. And it also has implications for lots of other things in the energy system, like scope two emissions reporting.

It’s also not just about renewables and storage deployment, it’s also about electrification. The quickest way to decarbonise is to decarbonise the power sector through renewables and then electrify everything, like transport. Granular certificates can help encourage smart charging of appliances, for instance allowing EV drivers to know that they are charging their car with renewables.

And there’s a link to green hydrogen. There’s a new suggestion from the EU that states for something to be classed as green hydrogen you need to show it was produced with renewable electricity, so you will need a certificate that states this information, which doesn’t exist today.

You have initiated six demonstration projects. How’s that going?

We have six demonstration projects underway in the U.S., Denmark, the Netherlands, Sweden, Norway, and Australia. The big corporates are involved, like Google and Microsoft, who are buying the energy, and the biggest utilities and grid operators in Europe, and some software companies that track and manage the certificates. The market should be up and running by the end of this year. We also regularly engage with the EU Commission, and we hope the guidelines we are writing may one day be adopted by the EU system.

How do you see the solar or renewable energy industry developers playing a role?

It’s just another revenue stream for them, particularly those also developing storage. Developers already get money from selling traditional certificates but it’s not a massive revenue stream compared to selling the power. But we think that by moving to this more granular system, electricity certificates should be cheaper in some hours and more expensive for others which creates opportunities.

Although the prices of traditional certificates have jumped recently from a low base, we think they will play an increasingly important revenue stream for new projects and particularly project developers who are using storage and are able to produce electricity at other times. Now you’ve got price cannibalisation issues because you’ve got lots of solar in the grid and the more solar you add the more energy you’re producing in the middle of the day, which pushes down power prices and that creates an incentive to produce energy at other times.