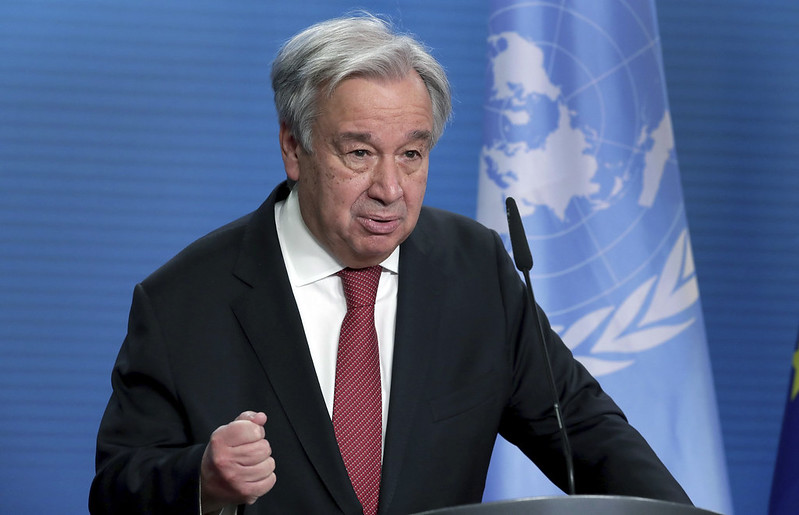 Photovoltaics can wipe out 4.25 billion tonnes of carbon emissions every year this decade, according to the UN Intergovernmental Panel on Climate Change. Even so, the actions announced so far remain way short of what is needed, with capital flows to fossil fuels still greater than the cash directed toward combating climate change.

The latest doom-laden report issued by the UN Intergovernmental Panel on Climate Change[3] (IPCC) has highlighted solar as having the biggest potential for energy sector emission reduction this decade.

The “Climate Change 2022 Mitigation of Climate Change” document published yesterday by the IPCC estimated solar panels could reduce carbon emissions by 4.25 gigatonnes per year this decade, with more than half that potential at a lower cost than reference electricity prices[4], rising to[5] an additional US$50 to US$100 per tonne of CO2 abated. The report noted, however, that estimate does not include the cost of integrating solar into electric grids.

Reiterating the 85% price falls seen for solar[9] in the last decade – and the tenfold rise in deployment volumes[10] – the report stated renewables will remain the best-cost option for generation this decade but will require greater sector coupling[11] and use of energy storage[12], smart grids[13], demand-side management[14], and green hydrogen[15] and its derivatives to fulfil its potential to drive down energy sector carbon emissions.

Only supporting policy[16], technology availability, finance[17], and public and political support will enable the ironing out of global imbalances which, for instance, have seen such low take-up of solar in sub-Saharan Africa[18], the IPCC noted.

The critical importance of the energy sector’s workhorse role in limiting global temperature rises this century was emphasised by the authors of the 64-page policymaker summary of the full, 3,675-page report. “In modelled global pathways that limit warming to 2C… or lower, most remaining fossil fuel CO2 emissions until the time of global net zero CO2 emissions are projected to occur outside the power sector, mainly in industry and transport[19],” they wrote.

The study estimated transport will be unable to hit net-zero this century, despite the low-carbon contributions of EVs, green hydrogen and derivatives such as ammonia[20] and synthetic fuel[21] (synfuel). That means negative carbon emissions will have to be found in other sectors, including from the direct capture of carbon from the air, which the IPCC said would make a contribution of less than 1% to the greenhouse gas (GHG) reduction efforts in its renewables-heavy future scenario.

While green hydrogen and its associated fuels will have to come down in price[22], the report stated: “Electric vehicles powered by low-emissions electricity offer the largest decarbonisation potential for land-based transport, on a life cycle basis.” The document added, more will have to be invested in EV infrastructure[23], and raw materials supply fears[24] will have to be addressed by resource diversification[25], circular materials flows, and energy and material efficiency improvements.

While electrification can make a contribution to carbon reduction from short haul shipping and aviation, the sector will need to have much more ambitious climate change aims and governance to do its part, the IPCC stated.

The crucial role to be played by low-carbon electricity and energy carriers in reducing the CO2 footprint of global transport is a notable example of the sector coupling called for by the UN body.

Demand management, materials and energy efficiency, circular material flows[26], and hydrogen will all be needed to decarbonise industry, with synfuels, ammonia and heat pumps[27] making a contribution in light industry, mining[28], and manufacturing[29], the report stated.

The IPCC also noted the potential for renewable energy resource-rich areas of the globe to claim new chemicals[30] and steel industry[31] facilities, as has been noted by African commentators who oppose the idea of exporting all African hydrogen[32].

Solar can also play a part in reducing the carbon footprint of buildings, through retrofitting in established global cities[33] and as stipulated in building codes which could green the building materials supply chain in emerging urban centres. The report stated: “The 2020-2030 decade is critical for accelerating the learning of knowhow, building the technical and institutional capacity, setting the appropriate governance structures, ensuring the flow of finance, and in developing the skills needed to fully capture the mitigation potential of buildings.”

The IPCC reiterated a familiar refrain, that the world must invest[34] three to six times more on climate change mitigation and adaptation to stay below a two-degree temperature rise this century, depending on the scenario modelled. The biggest funding shortfall in such measures concerns the agriculture and forestry sector, the report noted, an industry where more intensive farming and production for less meat-intensive diets could free up more sites for solar[35] and wind plants.

The study said carbon pricing[36] has proven useful to drive emission reductions from low-cost technologies but less so for the more expensive measures needed for hard-to-abate sectors such as industry. The report’s authors did take encouragement, however, from a lack of evidence emissions trading schemes[37] had led to carbon leakage, thanks to their design.

As far as paying the bill to stave off catastrophic climate change, pushing the developed world to meet its commitment to provide US$100 billion per year[38] to developing countries would be a start, as would sharing, and thereby reducing, investment risk in developing markets, the IPCC added.

And the cost of not coughing up? According to the study, the policies in place around the world at the end of 2020 have us on target for a 3.2 C average temperature rise this century.

Investment cycle means race is on to incentivise green…