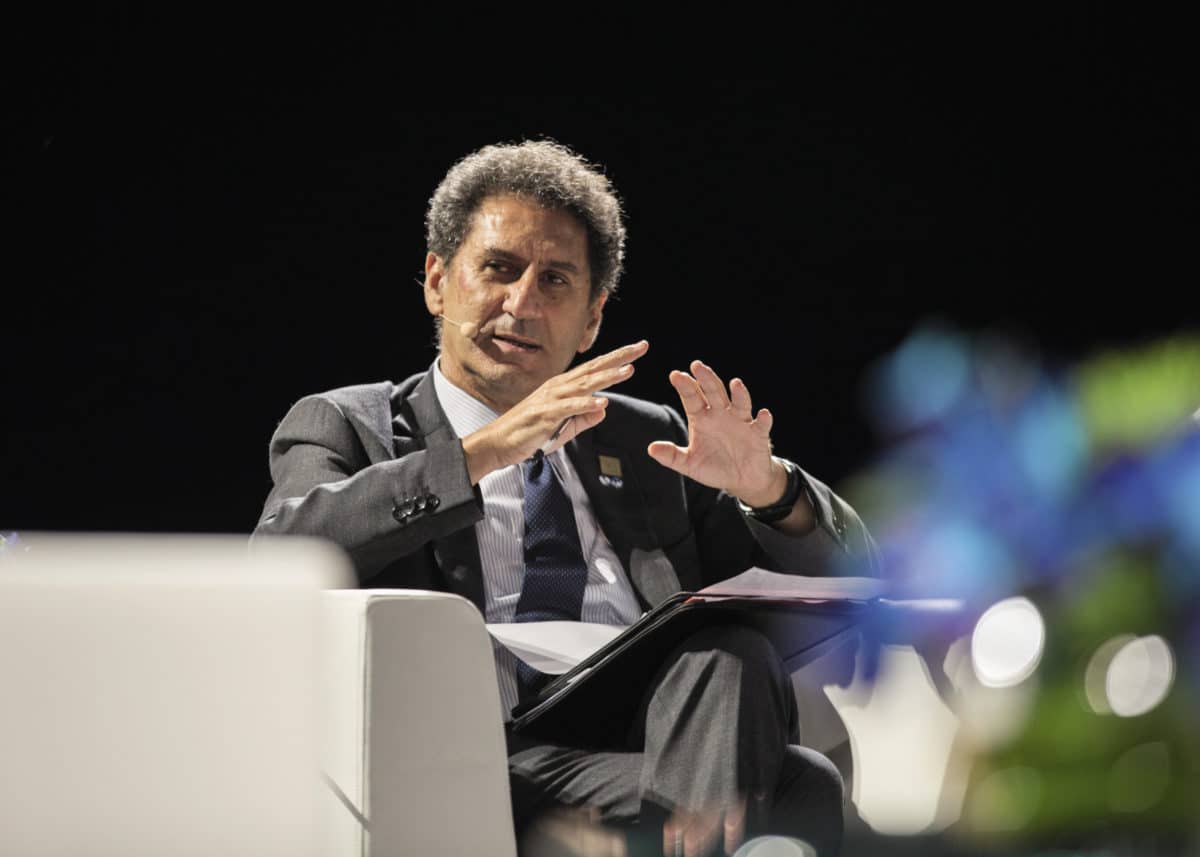 The latest set of clean energy statistics compiled by the International Renewable Energy Agency signal a changing of the guard when it comes to clean power, with legacy hydropower facilities overtaken by new intermittent renewables.

Helped along by 78 GW of new grid-connected solar facilities across Asia, IRENA said, solar caught up with wind, and the two non-hydropower sources of clean electricity now account for more global capacity than hydro plants.

With the world adding 127 GW of solar capacity in 2020–the vast majority of it photovoltaics–IRENA said more than 80% of the new electricity plants installed worldwide generate energy from renewables, with solar and wind projects accounting for 91% of that contribution.

The U.S.[9] added 80% more renewables capacity last year than it did in 2019, including 15 GW of solar, according to IRENA’s Renewable Energy Capacity Statistics 2021 report. Africa[10] added 2.6 GW of clean power projects and Australia[11] did the heavy lifting as Oceania posted an 18.4% rise in the volume of clean energy capacity added.

With the world reaching 2.8 TW of clean power generation capacity, according to the study, photovoltaics hit 707 GW, led by Asia, where China accounts for 254 GW of the regional total of 406 GW. At the other end of the scale, Bhutan[12] has no PV capacity as it generates more than 99% of its electricity from hydro facilities.

Europe[13], which generates 49.8% of its electricity from renewables, boasted 161 GW of PV capacity, with Germany[14] contributing 53.8 GW, according to IRENA. The Faroe Islands is the only nation in Europe without any PV capacity, according to the report.

North America is the third biggest region for PV, with the U.S. supplying 73.8 GW of its 82.8 GW of photovoltaic projects and hydro-reliant Canada[15] only 3.33 GW.

Australia hosts virtually all of its region’s PV, reaching 17.63 GW of the regional 17.98 GW at the end of the year. New Zealand[16] is the next biggest market, with 142 MW, and tiny Niue and 88%-clean-power Tokelau[17], along with Papua New Guinea[18], have only 1 MW of photovoltaic projects each. Brazil[19] dominates South American solar, with 7.88 GW of the region’s 12.67 GW of photovoltaic capacity. Paraguay[20] and disputed British territory the Malvinas islands have no solar generation capacity, with the former almost entirely reliant on hydro.

South Africa[21] supplied 5.49 GW of its continent’s 9.5 GW of solar capacity with IRENA estimating there was no on-grid solar capacity in hydro-powered Lesotho[22] or in Sao Tome et Principe[23], Equatorial Guinea[24], Djibouti[25], Chad[26] or the Central African Republic[27].

The 6.67 GW of solar capacity in Turkey[28] dominated the 8.23 GW installed in Eurasia by the end of the year, with another hydro-powered state, Georgia[29], having just 1 MW of solar arrays. The UAE[30] accounted for 2.44 GW of the Middle East[31]‘s 6.52 photovoltaic capacity, with war-torn Syria[32] estimated to have just 2 MW of operational, grid-connected facilities. The nations of Dominica, Montserrat[33] and the British Virgin Islands had no solar capacity at the end of the year, according to IRENA, in a Central America and Caribbean[34] region which hosted 2.39 GW, led by Honduras[35]‘ 514 MW of installed capacity. The French overseas territory of Saint Barthélemy and the island of St Martin–split between France and the Netherlands, similarly, had no grid-connected solar at the end of the year.

IRENA also estimated the world reached 4.31 GW of off-grid solar[36] capacity in 2020, with India[37] the only gigawatt nation, thanks to 1.13 GW of non grid-connected facilities. That figure was unchanged from 2019 whereas Kazakhstan[38] added 199 MW of off-grid arrays last year to reach 807 MW as Asia[39] reached 2.8 GW of standalone projects. Africa is the only other gigawatt scale off-grid market, according to IRENA, with 1.05 GW of projects, 423 MW of them in Algeria[40].

Some 2.8 MW of off-grid solar was added despite the conflict in Yemen[41] last year to take the nation to 253 MW of such facilities, with the Middle East hosting 306 MW of off-grid projects.

Peru[42] supplied 45.7 MW of South America’s 86.4 MW of off-grid solar capacity and the Dominican Republic[43] 21 MW of the standalone generation facilities in Central America and the Caribbean. The 3.2 MW of off-grid solar in French Polynesia[44] made the biggest contribution to the 18.9 MW installed across Oceania[45].