ASX-listed zinc-bromine flow battery maker Redflow has drawn a line under the “challenging year” that was FY2020, telling investors it has the “right tactics, right team, and the right focus” to move forward – including into a stronger position in the Australian energy storage market.

Redflow told investors and analysts on Thursday that the 2020 financial year had been “a game of two halves” for the company, with strong sales and deployments in the first half helping to balance out being “materially impacted” by Covid in the second half.

On balance, this has meant that despite a year that featured a global pandemic, “reluctant” staff cuts, pared-back executive salaries, and a trading halt after a less successful than expected fundraising round[1], Redflow reported its highest sales since FY2012 and a 144% increase in revenue to $1.95 million.

In comments during the results presentation Redflow CEO Tim Harris said the battery maker had a “bright, positive future,” as it moved forward with a focus on accelerating the development of its “much simpler” and cheaper to manufacture Gen 3 10kWh zinc-bromine flow battery, or ZBM3.

As the company revealed in Q3[2], the ZMB3 battery delivers key improvements including a new stack design, new electronics board and updated tank design, all of which are expected to result in higher quality, lower-cost batteries, followed by volume manufacturing at a competitive price point.

“Gen 3 is all about putting Redflow on the pathway towards a sustainable, vibrant volume manufacturing business,” Harris said in a video presentation,” Harris said at the time.

“We do expect this engineering work to deliver at least 30% cost reductions versus our current model at reasonable volumes.”

At the FY result, the development and scaling up of ZBM3 manufacture at its Thailand plant remains the company’s main focus, alongside a zeroing in on established sales markets. 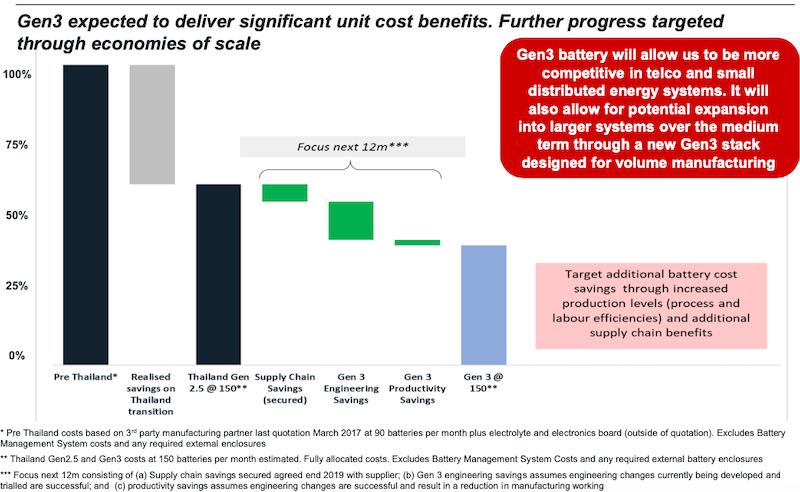 “Like many businesses around the world, the year 2020 has been a challenging one for Redflow,” Harris told the briefing on Thursday.

“We’ve had to adapt, while preparing ourselves for recovery.”

This has included a reduction in costs through “disciplined expense management,” that has resulted in a 52% improvement to cashflow. It has also included a narrowing of market focus to countries and industry sectors that have already proven to be success stories for Redflow.

“(The FY2020 sales numbers) are the result of the strategic decision to focus on the Telco sector in key target markets,” Harris said.

The strategy now, he added, is to build on these strengths, get the ZMB3 up and running, get some momentum up, and then expand into other markets. And on that front, Harris sees great potential.

“The market is slowly but surely starting to realise that there is more to battery storage than lithium-ion,” he said. “Many of our customers have had negative experiences with lithium.”

Redflow sees the advantages of its zinc-bromine flow technology as its long life, its ability to function in harsh environments, and the fact that it doesn’t degrade with regular deep-cycling, like some of its competitors.

“Independent government testing actually shows the battery maintaining a 100% state of health after (thousands of) cycles, which lithium-ion batteries just don’t do,” Harris told the briefing.

The company has also been developing its own industrial battery housing blocks, that will enable the stacking of batteries outdoors, the ability to endure hard conditions, and the ability to ship stock without additional containerisation.

Redflow is also now offering its customers a stand-by power service mode, in which batteries can be charged to a high percentage and and then effectively put into hibernation until when needed.

As for the Australian market – which, as one shareholder noted, has big batteries popping up on its grid like pimples on a teenager’s face – Redflow is yet to make its mark. Harris is confident the company’s moment will come, but only once it has the building blocks of the ZBM3 in place.

“There’s no reason why we can’t have a value proposition in that market,” Harris said.

“Some of the drivers around renewable energy customers who want energy, reliability, etc, particularly in harsh conditions… are still pretty common themes that we can leverage.

“Our ability to go and participate in those markets and be competitive on price point will require the development of much larger systems,” he added.

“Gen 3 provides the building blocks for us to go and do that, but we need to make sure we can convert and execute on Gen 3 first.

“With our current scarce resources, we do need to focus on that, and build momentum, if we want to have the ability… to play in some of those larger megawatt-scale markets.”

The company also announced a change of chief technology officer, with Steve Hickey re-joining the company in August to take up the role. 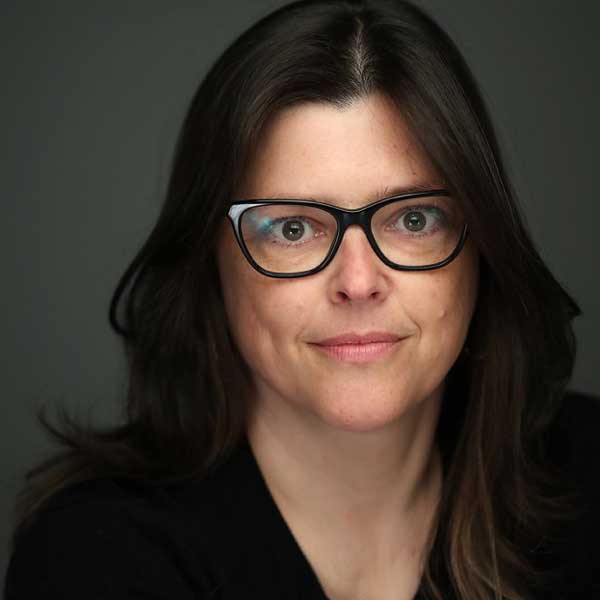