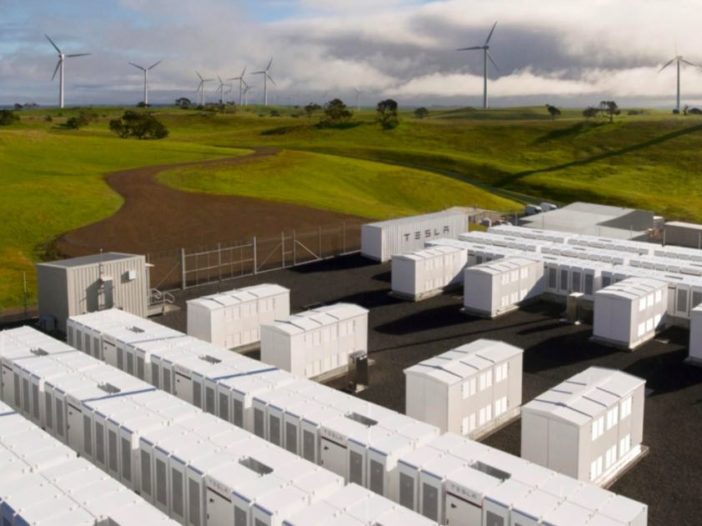 The nascent energy storage market in Australia is anxiously awaiting the next decision by the market rule-maker, with fears that the imposition of new network fees could effectively kill the market for big batteries and pumped hydro storage projects.

The finally ruling to be made by the Australian Energy Market Commission this week is part of a package of new and revised rules that were first unveiled back in July, mostly to clarify how battery storage units are classified in the grid, and their role when combined with wind and solar facilities.

The proposal has been met by howls of protest by nearly everyone, including leading battery makers including Tesla and Fluence, big battery project developers such as Neoen and Iberdrola, pumped hydro storage owner CleanCo, and even the government owned generator Snowy Hydro, leading utilities AGL and EnergyAustralia, and the Australian Energy Market Operator.

Rooftop solar owners face a similar double count of network charges under mooted new “export fees” – and the likes of Tesla say the proposal for battery storage is “inappropriate, discriminatory, and misaligned” with the National Electricity Objective.

Neoen, which has established the country’s biggest batteries to date – including the original “Tesla big battery” at the Hornsdale Power Reserve, and the new Victorian Big Battery – and has even bigger projects in the pipeline, agreed it is a bad move.

“The economics of storage are already challenging,” Neoen wrote in its submission. “Further loading up costs merely discourages storage systems to commit. Consumers are left with more volatile wholesale outcomes and miss out on the reliability and security benefits of storage.”

The Queensland government owned CleanCo, which operates the country’s most active pumped hydro storage facility, at Wivenhoe near Brisbane, said such charges would have killed the returns from the asset over the past six months.

It said its margins – the difference between the pumping cost and the selling price (taking into account round trip losses) would have nearly totally evaporated, reducing by 97 per cent, meaning it may not have even bothered to switch its pumps on.

“That would have meant up to 500MW lower demand during high solar output and 570MW less available generation during evening peaks over 9 months of the year,” CleanCo said. “And, over that time, Powerlink (the transmission company) would not have received any additional revenue to help offset customers’ costs.”

It is immensely frustrating for the storage industry, batteries in particular, which have only just recently won significant gains with the delayed transition to five-minute settlements, and the proposed introduction of a market for fast frequency services.

Both those initiatives recognised the superior speed and versatility of the technology, but until now most of the income for grid scale batteries has come from existing frequency control markets (which are limited in size), and through contracts with AEMO and state governments to provide emergency back up or similar services.

Battery operators say it is still difficult to make significant returns from arbitrage, or time shifting wind and solar output from periods of low demand and low prices, to periods of high demand and higher prices. The technology needs market volatility, but its returns will be eaten away with the imposition of new network fees.

This is acknowledged by AEMO, which says there should be a “clear exemption” for storage devices on load – when they charge or pump.

“Without this change, the ability of market participants to contract the offtake of their facilities will be hampered,” AEMO says, noting that even if the network charges were not imposed now, they could be in the future. “Pricing this risk will increase cost for all consumers,” it adds.

Battery supplier Fluence points out that batteries can relieve congestion on the grid by charging at times of low demand and discharging at peak times when networks may be operating at limits. “It is inappropriate to charge TUOS/DUOS to Scheduled Loads,” it writes.

The Clean Energy Investment Group says the charges could “jeopardise the transition to a clean energy system by negatively impacting the economics of storage assets”, while ATCO, which is developing the 325MW Central West pumped hydro facility near bathurst, says it will put storage investment at risk.

(You can listen to two recent episodes of the Energy Insiders podcast featuring representatives from CEIG here and from ATCO here.)[1][2]

EnergyAustralia, which has the contracts to operate the Gannawarra and Ballarat batteries in Victoria, and for the Kidston pumped hydro project under construction in Queensland, said the network charges would provide a major disincentive for investment in storage.

AGL, which contracts the Dalrymple battery, and is building the Torrens Island big battery in South Australia and a portfolio of nearly 1GW of battery storage, says the AEMC proposal, will “create further hurdles for investment in storage and hybrid assets that are required for the transition to a net zero position.”

Iberdrola, which recently bought Australian renewable energy developer Infigen Energy, and whose portfolio includes the Lake Bonney big battery and a contract for the output of the new Wallgrove battery, was withering in its response, saying it would “dramatically change” the investment case for battery storage.

“It will have material impacts on consumers … and risks overshadowing what was otherwise a well considered and important rule change for the NEM,” it said.

It suggested it was yet another example where rules were being proposed in the absence of any consideration of environmental or climate impacts – a common complaint in the industry caused by the Howard government’s last minute decision to drop environmental consideration from the NEM rules more than 20 years ago.

“It is increasingly clear that the AEMC would benefit from governments clarifying that the NEO (National Electricity Objective) should explicitly consider climate change mitigation and adaptation risks,” it said.

Giles Parkinson is founder and editor of Renew Economy[3], and is also the founder of One Step Off The Grid[4] and founder/editor of the EV-focused The Driven[5]. Giles has been a journalist for 40 years and is a former business and deputy editor of the Australian Financial Review.