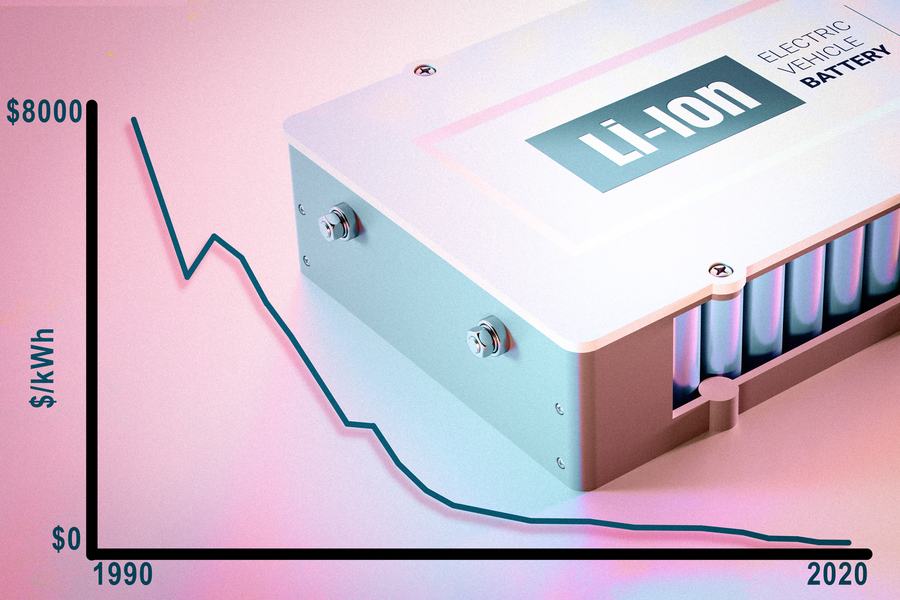 Scientists in the United States pieced together data from hundreds of different sources, looking to establish the key factors that have led to consistently falling prices for lithium-ion technology since their commercialisation thirty years ago. They find that public-funded research, primarily in chemistry and materials science, has made the largest contribution to cost reduction. And they offer suggestions on policy and investment to ensure that the research can continue to make these important contributions to reduction in battery costs.

That prices for lithium-ion batteries have fallen rapidly is undeniable. At current prices, the technology is becoming viable in supporting regional electricity grids, increasing the value of renewable energy projects and powering electric vehicles. Aside from consumer electronics, where it has been established for several decades, many projects implementing lithium-ion batteries still rely on subsidies and other policy incentives, and will need to get even cheaper for this to change.

Earlier this year, scientists at the Massachusetts Institute of Technology (MIT) calculated that lithium-ion battery costs have fallen by 97% since 1991. Now, some of the same researchers who produced that calculation have looked even more closely at these cost reductions to determine the key drivers behind them, and ideally to help ensure that the industry continues down the optimal path to low cost, highly efficient energy storage.

Their findings are available in the paper Determinants of lithium-ion battery technology cost decline, published in Energy & Environmental Science. The group examined data from a wide variety of sources, reaching the conclusion that improvements to the technology through research and development have been responsible for at least 50% of the price reductions achieved so far.

“The data collection effort was extensive,” Ziegler says. “We looked at academic articles, industry and government reports, press releases, and specification sheets. We even looked at some legal filings that came out. We had to piece together data from many different sources to get a sense of what was happening,” explained MIT scientist Micah Ziegler. He estimates that the research took in about 15,000 data points, gathered from 1,000 individual records from approximately 280 references.

The group’s analysis finds that research efforts to increase cell charge densities made a 38% contribution to the overall cost reductions, while work to reduce cost of cathode materials made up 18%. Reductions in non-materials costs made for 14%, and another 9.5% from improvements in charge utilisation.

Overall, the group estimates that 54% of cost reductions in lithium-ion can be attributed to research and development efforts, and economies of scale in production making up another 30%. They note that ‘learning by doing’ improvements in manufacturing and battery system design could account for only 2%, which the group says is notable since many of the most significant research achievements came long after initial commercialisation of the technology. “There were so many variables that people were working on through very different kinds of efforts,” said MIT professor Jessika Trancik, “The cost improvement emerged from a diverse set of efforts and many people, and not from the work of only a few individuals.”

The group says that disentangling the sources of cost-reduction in this way can help to inform future policy and industrial development, noting in particular that as manufacturing reaches massive scales, funding and incentives may be needed to counter market forces favouring incumbent technologies and leading to a ‘lock in’ effect.

“This is really getting at the fundamental mechanisms of technological change. And we can also develop these models looking forward in time, which allows us to uncover the levers that people could use to improve the technology in the future,” added Trancik. “The new approach allows us to potentially be a bit more intentional about where we make those investments of time and money.”