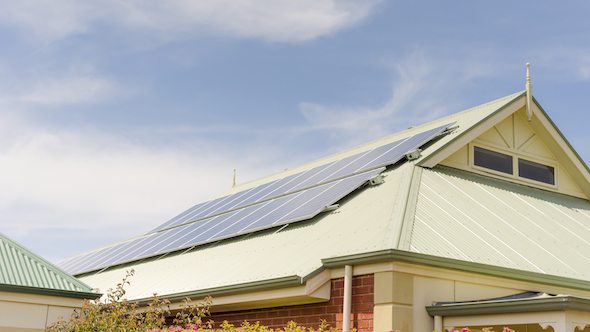 Australian energy companies and new technology providers have lined up overwhelmingly against a new proposal by the Australian Energy Market Operator that they say could effectively kill the market for “virtual power plants”.

VPPs aggregate household assets such as solar, batteries and electric vehicles, and are considered an essential part of any future grid that does away with centralised fossil fuel assets.

The division is centred around AEMO’s draft decision on amendments to what is known as the Market Ancillary Service Specification, a key ruling that will shape the development of VPPs around the country.

AEMO, and most in the market, predict a critical role for VPPs in a transitioning grid because of their ability to marshall and pool distributed resources that will play a critical role in the management of power supplies and grid services.

But most in the industry warn that the AEMO proposals are unworkable, will cost too much, and will end up killing a market that is only now starting to develop.

It is an incredibly complex and technical argument – the Tesla submission alone is more than 80 pages – but if it can be boiled down to one major issue it is the proposed requirement of high speed metering (down to 50 milliseconds) to be installed in thousands of individual locations, rather than for one aggregated input.

Some, such as the normally conservative Australian Energy Council, say that the cost of this will render the VPPs unviable.

“It will create the opposite of what they intend, which is to create visibility over system security, and over the millions of solar and battery installations across the grid, over which they currently have little or no control,” says James Sturch, from SolarEdge, the world’s biggest inverter supplier.

Opponents of AEMO’s draft – which make up the overwhelming majority of existing energy players, inverter suppliers, battery makers and software companies – suggest that AEMO should rely on one fast meter for every VPP, or lift the metering speed to 100 milliseconds, or 200ms, which some think could be met by most inverters and deliver the system security that AEMO craves.

There is a lot at stake, including the country’s ability to quickly and cheaply arrive at or near 100 per cent renewables – as early as 2025 at various moments, if not for long periods – which will depend heavily on the amount of energy produced and stored and managed at homes and businesses.

Tesla notes that AEMO’s new assumptions for its 20-year blueprint, the Integrated System Plan (ISP),assumes between 30 and 39GW of installed distributed PV generation in Australia by 2030 – which equates to 150% of the current coal capacity.

The AEMO modelling also assumes up to 12GW of behind the meter embedded storage, with up to 5GW aggregated in VPPs and the like to support market needs, as well as up to 4.7m electric vehicles on the roads, adding another 33GW of potentially controllable home EV charging infrastructure.

“We cannot plan for 100% (instaneous) renewable energy by 2025 if DER (distributed energy resources) is not considered,” Tesla says in its submission. “And planning for DER cannot occur without considering how to best integrate DER into existing and emerging markets.”

Tesla says that without controls, AEMO will have more than 50GW of “uncontrollable, passive, invisible DER” serving the needs of individual customers, and creating system security concerns for the rest of the national electricity market (NEM).

“From a first principles perspective the outcomes of the MASS Draft Determination do not appear to support an active DER future – rather it may set the basis for the alternative scenario where the NEM is dominated by passive, customer serving DER.

“Tesla is concerned that the approach proposed in the MASS Draft Determination will significantly limit the development of innovative VPPs in Australia and as a result will remove a number of the incentives that currently exist for consumers to invest in behind the meter storage that positively contributes to the electricity market.”

And, Tesla notes, it will also reduce the incentives for car makers to invest in the development of fast, price-responsive EV charging infrastructure capable of providing frequency control (FCAS) response.

“We recognise that this is a structural shift from how all market frameworks and infrastructure was set up. While this will take time and concerted effort, Tesla believes that this is critical for the future of the NEM to best manage the growth of DER including Electric Vehicles.”

Its comments are echoed by others.

“Evergen believes the draft determination, if accepted as it stands, will represent a backward step for energy industry collaboration in Australia and for Australian innovation and leadership in the energy sector generally.” the smart energy software company writes.

“The energy transition is accelerating globally beyond expectations, and the world is looking to Australia for technical leadership and innovation that can support a rapid electrification and decarbonisation of the energy system.

“The move from small numbers of large generators dispatching power, to many thousands of inverter connected devices doing so as part of a harmonious system requires new ways of thinking and new approaches to system orchestration.”

Those in support of the AEMO proposal include software supplier Reposit, which just happens to have a 50ms metering as part of its software kit, and on whose advice AEMO appears to be relying.

“It is Reposit’s opinion that at this point any party that advocates 50ms metering costing thousands of dollars either lacks effective procurement personnel or is intentionally misleading the market for unknown reasons,” it says.

Both Evergen and Tesla, along with many others, argue that 50ms metering might well be standard for a smaller fleet of large centralised generators, but is not required for a large fleet of small installations.

SolarEdge’s Sturch notes that if an aggregator for a VPP can provide, say, 1MW of capacity, it should require one metering point for that aggregated supply, not from the hundreds or thousands of different points of supply.

“The measurement resolution concerns and connection point concerns outlined in the draft determination are unfounded at the fleet level,” Evergen notes.

Interestingly, most of the big energy incumbents are also against, or cautious, about AEMO’s proposed changes. The Australian Energy Council, the incumbent’s lobby group, argues that 50ms speeds would make VPPs “uneconomic”.

AGL and network owners Citiopower, United Energy and Powercor agree, saying speeds of 100ms or even 200ms should be sufficient. Shell echoes that view, and others such as Origin and Ausgrid want more work to be done before they are convinced either way.

The only big players supporting AEMO and Reposit are Trevor St Baker’s coal generator Delta and EnergyAustralia – both of whom are among the very few supporters of the other big energy market reform, the Energy Security Board’s proposed “capacity market”, now dubbed the “Coalkeeper tax.”